Learn more About this website
Reviewed By
Andrew Godwin
Reviewed by Andrew Godwin on Tuesday 31st March 2020 at 2:19am

Learn more About this website
Last Update: on Thursday 29th October 2020 at 1:12pm

In digital computers, Complements are used in order to simplify the subtraction operation and for the logical manipulations. For the Binary number (base-2) system, there are two types of complements: 1's complement and 2's complement. 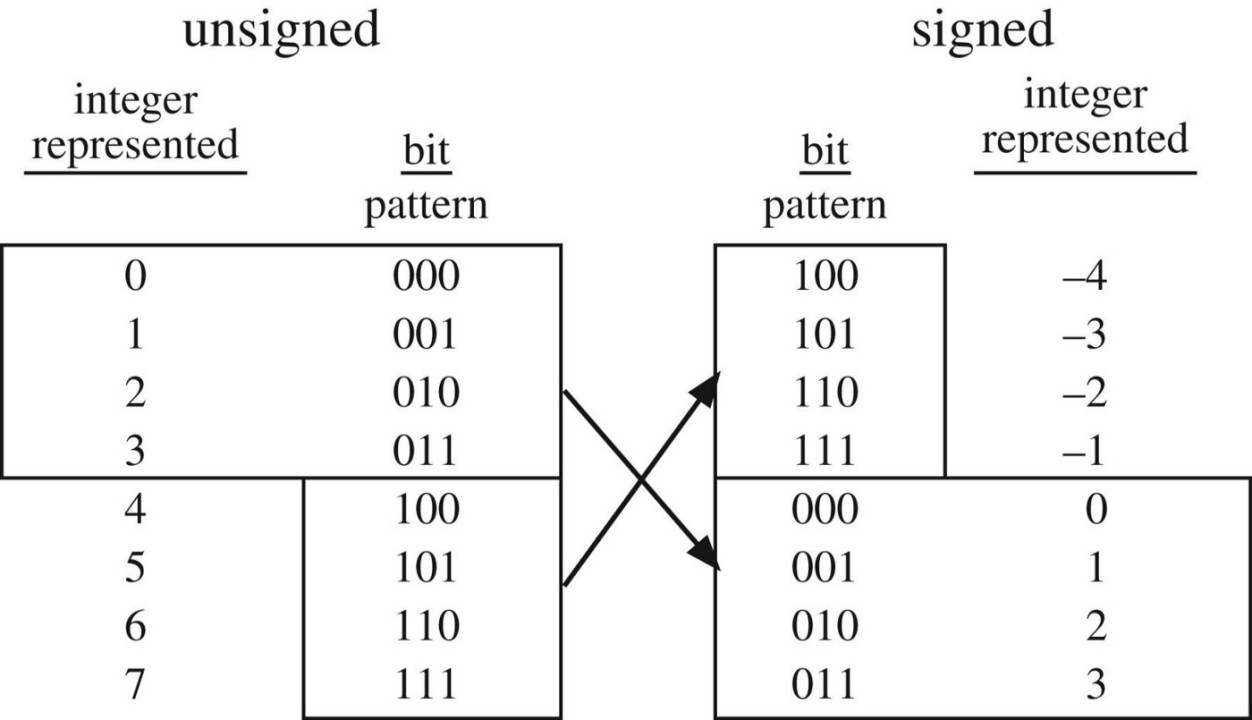 1's Complement of a Binary Number:

2's Complement of a Binary Number:

How to convert a signed binary number in two's complement representation to an integer in base ten:

So in a nutshell, for one's complement, we simply need to flip all bits.

How integers are stored in memory

In C, let's assume we wrote a piece of code to declare and initialize a variable with a (-)minus sign in front of its value, say:

The question is how will this be stored in memory?

The theory is whenever a number with a minus sign is encountered, the number is converted to its binary equivalent and ignoring the (-)minus sign. Then the two's complement of the number is calculated. The two's complement is kept at place allocated in memory and a sign bit will be set to 1, which indicates or marks the binary being kept is of a negative number. To access that value firstly the sign bit will be checked and if the sign bit is 1 then the binary will be two's complemented and converted to equivalent decimal number and will be represented with a minus sign, that is, the initially ignored (-)minus sign is returned. So what that means is that the CPU actually doesn't know if a number is signed or unsigned, it only uses the above logic to somehow detect whether a number is negative or positive.

Let us see an example: